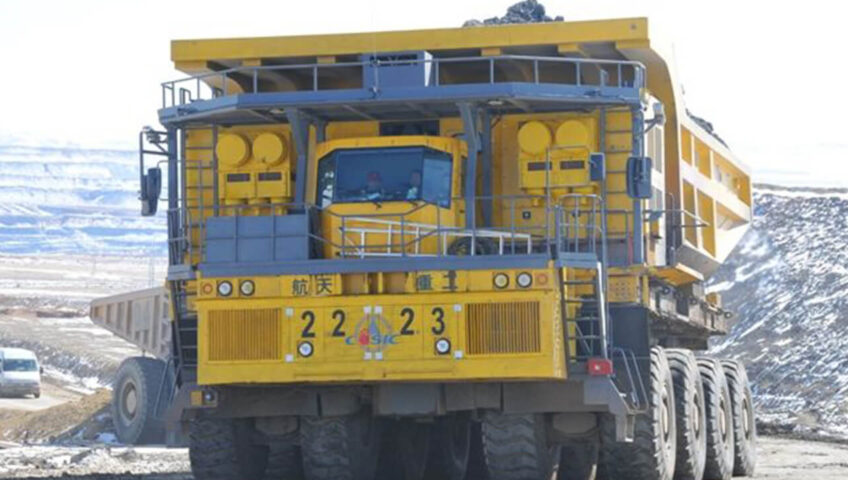 In these video and images presents the WTW220E mining truck, the massive mining truck that has a turning radius of 20 meters and can carry a 450 metric ton load.

The most unusual thing about the truck is multisupporting chassis. This scheme is widespread on trailers-heavy truck. Its essence lies in the fact that the wheels are of small diameter located at a few in a row on the axis. In this case, the four axes and of the wheels 16.

Thus, multisupporting scheme allows to reduce the load on the ground and use the truck for open cast mining with soft soils. The “trick” WTW 220E, not only in the number of wheels, but that 12 of them have their own motors at 110 kW each. They are powered by a generator that is powered by a turbodiesel Cummins KTA38-S. 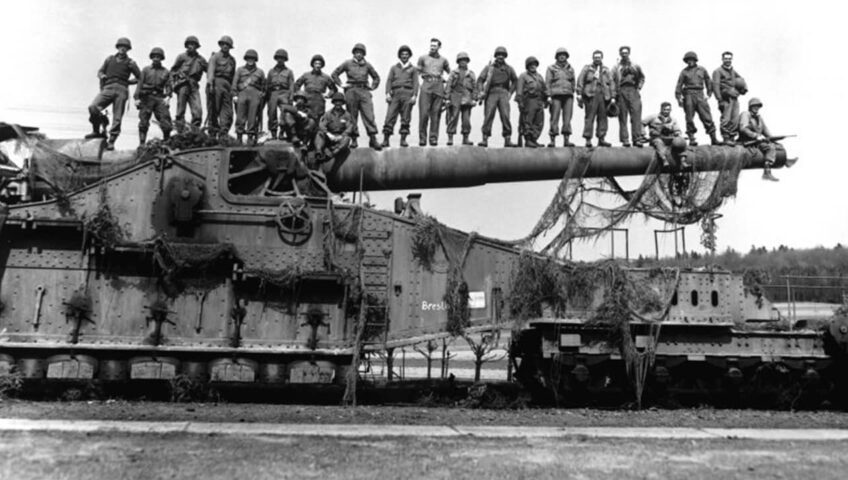 The largest gun ever built was the „Gustav Gun” built in Essen, Germany in 1941 by the firm of Friedrich Krupp A.G. Upholding a tradition of naming heavy cannon after family members, the Gustav Gun was named after the invalid head of the Krupp family – Gustav Krupp von Bohlen und Halbach.

Gustav had cost 10 million Marks, and the price of the ammunition is unknown, but its only achievement seems to have been the demolition of a few Soviet and Polish defences and one ammunition dump, which was hardly a great achievement for a weapon that had cost so much in effort and money. For propaganda, or for boosting morale, or for frightening an unsophisticated enemy, Gustav, and the other super-guns, may have had their uses, but as a cost effective weapon of war it was nevertheless a non-starter.

The strategic weapon of its day, the Gustav Gun was built at the direct order of Adolf Hitler for the express purpose of crushing Maginot Line forts protecting the French frontier. The second gun had a caliber of 52 cm and a range of fire of 135 km. There are no records of an operational deployment. A third copy was designed with a barrel of 48 m, but destroyed during a bomb raid on the Krupp factory in Essen. These two guns had a price of 7 million Reichsmark each. Two locations at Pas de Calais were planed for Gustav guns. Herlen and Fond de la Forge however never saw these monsters.

On 14 April 1945, one day before the arrival of US troops, Schwerer Gustav was destroyed to prevent its capture. On 22 April 1945, its ruins were discovered in a forest 15 kilometres (9.3 mi) north of Auerbach and about 50 kilometres (31 mi) southwest of Chemnitz. In summer 1945 Schwerer Gustav was studied by Soviet specialists and in autumn of the same year was transferred to Merseburg, where the Soviets were gathering German military material. Thereafter, the trail of the gun was lost. 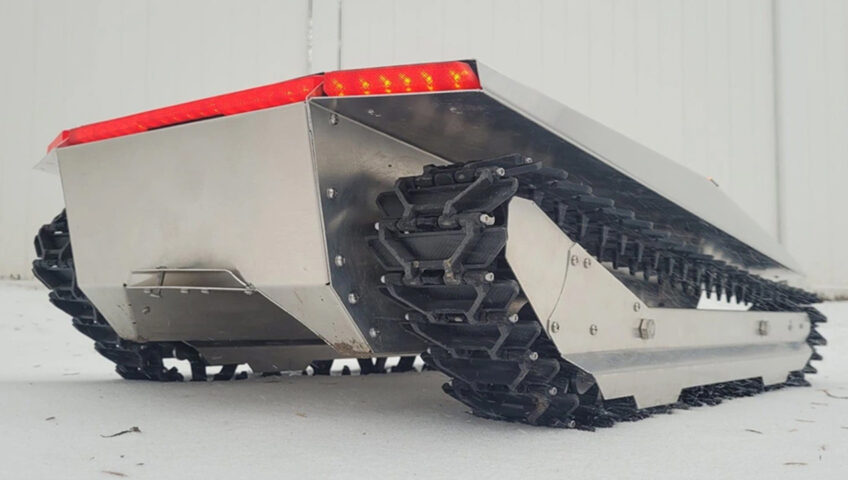 The CyberKat from Spyker Workshop is a remote-controlled miniature vehicle that can be modified with attachments to become the coolest snowblower you’ve ever seen. The vehicle is a successor to the Spyker Kat 2X, a project created to eliminate the harmful fumes created by gas snow blowers, and one that you can 3D-print yourself, if you have the equipment.

Tesla Cybertruck-inspired tracked snow vehicle that can be transformed into a snowblower with a special attachment. It measures 29″ x 19″ x 9.5″ with 4.25″ of ground clearance and the frame is made from plasma cut 0.04″ 5052 aluminum sheet metal for extra durability. With a 775 electric motor, the vehicle is recommended to be run using 12-volt batteries, though Spyker says it can function on 24-volt batteries with the correct setup.

While the CyberKAT is priced at $1,299 USD, buyers will have to pay $120 USD for the electronics kit necessary to power it. An optional radio feature is available for the additional cost of $80 USD.

The CyberKAT is currently available for preorder on Spyker Workshop’s website. Models will begin shipping out in January or February. 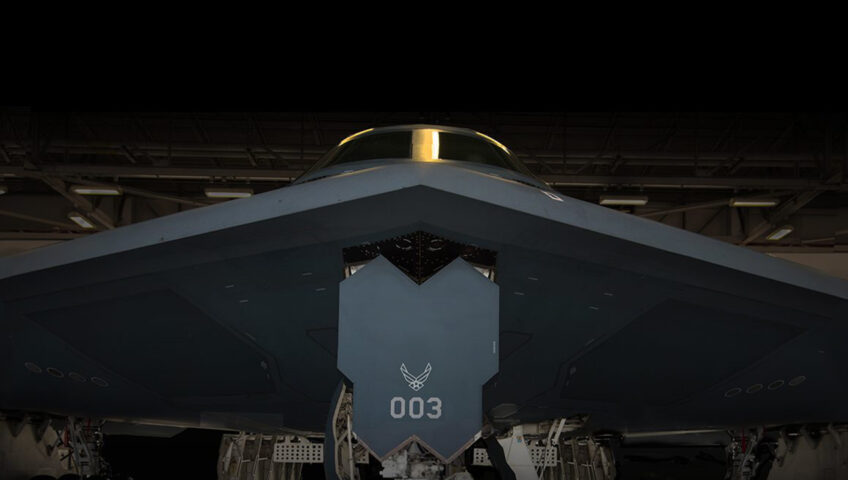 US Air Force look at the B-21 stealth bomber

The B-21 Raider, the Air Force’s next stealth bomber, will be unveiled to the public for the first time in early December, Air Force acquisition chief Andrew Hunter said Tuesday.

The B-21 Raider will be a dual-capable penetrating strike stealth bomber capable of delivering both conventional and nuclear munitions. The B-21 will form the backbone of the future Air Force bomber force consisting of B-21s and B-52s. Designed to operate in tomorrow’s high-end threat environment, the B-21 will play a critical role in ensuring America’s enduring airpower capability.

Last year, the U.S. Air Force released a rendering of the B-21, showing the long-range stealth bomber taking off from Edwards Air Force Base, California, where it will someday be tested before taking on worldwide operations.

Ellsworth Air Force Base, just outside of Rapid City, South Dakota, was selected last summer as the first installation to receive the aircraft.

„The B-21 is one of the most advanced aircraft to ever be developed,” Rounds said. „We are getting closer to bringing this state-of-the-art platform home to Ellsworth Air Force Base.”

The B-21 is being manufactured by Virginia-based Northrop Grumman. Budget documents show that producing the B-21 will cost around $20 billion through 2027.

The Air Force says its future force structure requires at least 220 bombers. The service plans to retire the B-1B and B-2 bombers, necking down to just the B-21 and the B-52. There are only 76 B-52s. 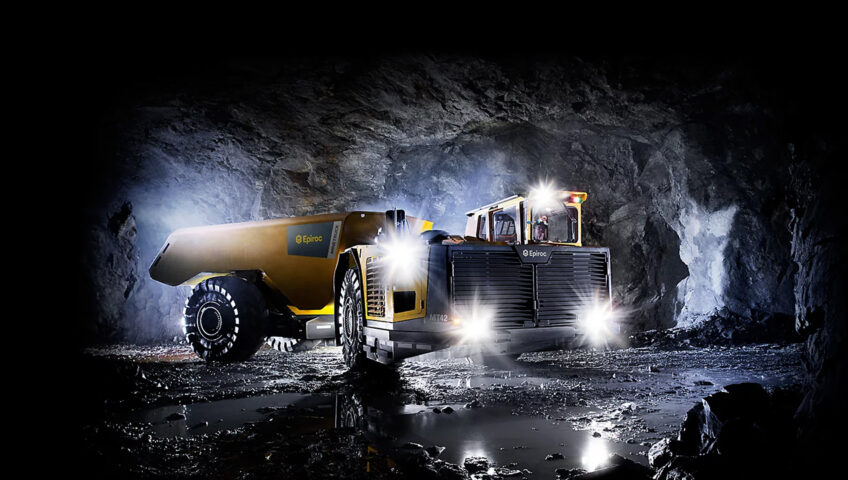